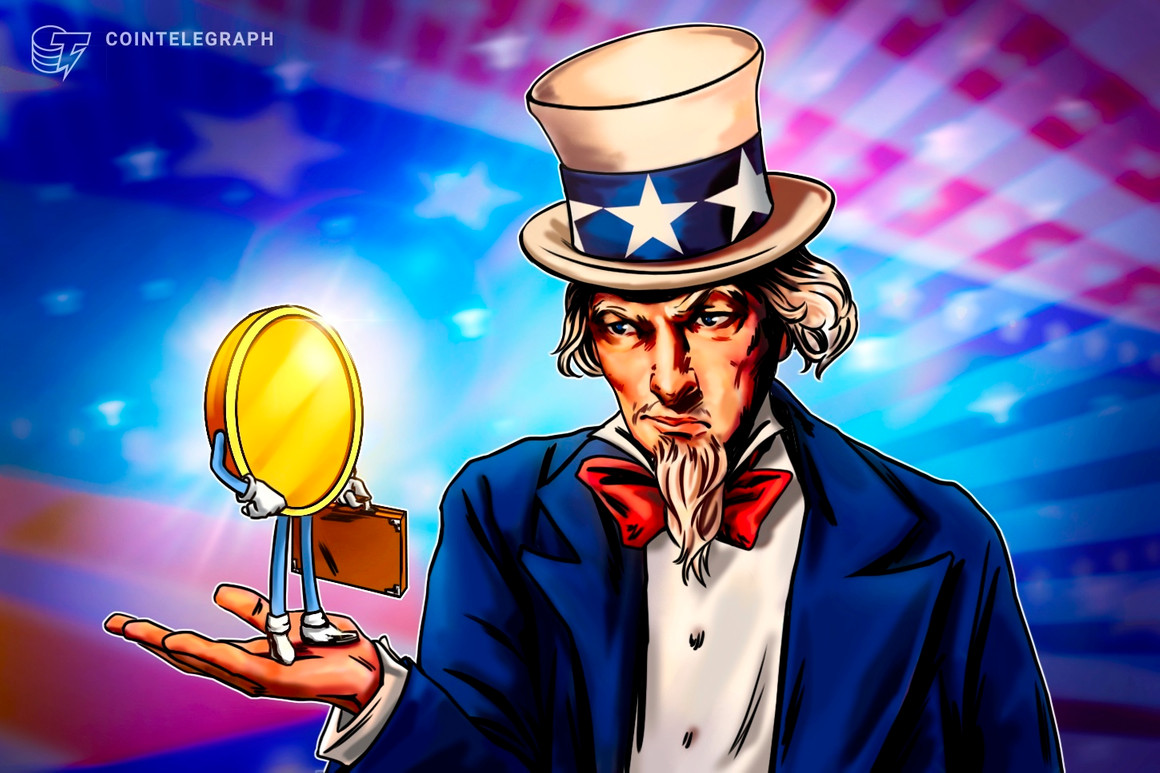 A handful of government-backed financial institutions have been exploring tokenization use cases to revolutionize traditional financial systems. For instance, El Salvador’s Bitcoin Volcanic bond project has been in the works for over a year and aims to raise $1 billion from investors with tokenized bonds to build a Bitcoin city.

The Central Bank of Russia has also expressed interest in tokenized off-chain assets. In addition, the Israeli Ministry of Finance, together with the Tel Aviv Stock Exchange (TASE), recently announced the testing of a blockchain-backed platform for digital bond trading.

Cointelegraph Research’s 2021 Security Token Report found that most securities will be tokenized by 2030. While notable, the potential behind tokenized government bonds appears to be massive, as these assets can speed up settlement time while freeing up liquidity within traditional financial systems.

Brian Estes, CEO of Off the Chain Capital and a member of the Chamber of Digital Commerce, told Cointelegraph that tokenizing a bond allows for faster settlement, which leads to reduced costs.

“The time of ‘capital at risk’ becomes reduced. This capital can then be freed up and used for higher productive use,” he said. Factors such as these have become especially important as inflation levels rise, impacting liquidity levels within traditional financial systems across the globe.

Touching on this point, Yael Tamar, CEO and co-founder of SolidBlock — a platform enabling asset-backed tokenization — told Cointelegraph that tokenization increases liquidity by transferring the economic value of a real-world asset to tokens that can be exchanged for cash when liquidity is needed.

“Because tokens communicate with financial platforms via a blockchain infrastructure, it becomes easier and cheaper to aggregate them into structured products. As a result, the whole system becomes more efficient,” she said.

To put this in perspective, Orly Grinfeld, executive vice president and head of clearing at TASE, told Cointelegraph that TASE is conducting a proof-of-concept with Israel’s Ministry of Finance to demonstrate atomic settlement, or the instant exchange of assets.

In order to demonstrate this, Grinfeld explained that TASE is using the VMware Blockchain for the Ethereum network as the foundation for its beta digital exchange platform. She added that TASE will use a payment token backed by the Israeli shekel at a one-to-one ratio to conduct transactions across the blockchain network.

In addition, she noted that Israel’s Ministry of Finance will issue a real series of Israeli government bonds as tokenized assets. A live test will then be performed during the first quarter of 2023 to demonstrate atomic settlements of tokenized bonds. Grinfeld said:

“Everything will look real during TASE’s test with the Israel’s Ministry of Finance. The auction will be performed through Bloomberg’s Bond Auction system and the payment token will be used to settle transactions on the VMware Blockchain for Ethereum network.”

If the test goes as planned, Grinfeld expects settlement time for digital bond trading to occur the same day trades are executed. “Transactions made on day T (trade day) will settle on day T instead of T+2 (trade date plus two days), saving the need for collateral,” she said. Such a concept would therefore demonstrate the real-world value add that blockchain technology could bring to traditional financial systems.

Tamar further explained that the process of listing bonds and making them available to institutions or the public is very complex and involves many intermediaries.

“First the loan instruments need to be created by a financial institution working with the borrower (in this case, the government), which will be processing the loans, receiving the funds, channeling them to the borrower and paying the interest to the lender. The bond processing company is also in charge of accounting and reporting as well as risk management,” she said.

Echoing Grinfeld, Tamar noted that settlement time can take days, stating that bonds are structured into large portfolios and then transferred between various banks and institutions as a part of a settlement between them.

Given these complexities, Tamar believes that it’s logical to issue tokenized government bonds across a blockchain platform. In fact, findings from a study conducted by the crypto asset management platform Finoa and Cashlink show that tokenized assets, such as government bonds, could result in 35%–65% cost-savings across the entire financial system value chain.

From a broader perspective, Perianne Boring, founder and CEO of the Chamber of Digital Commerce, told Cointelegraph that tokenized bonds also highlight how technology-driven innovations in financial instruments can provide investors with alternative financial products.

“Generally, such bonds would come with reduced costs and more efficient issuance, and come with a level of transparency and monitoring capabilities that should appeal to investors who want greater control over their assets,” she said.

Features such as these were recently demonstrated on Nov. 23, when Singapore’s DBS Bank announced it had used JPMorgan’s blockchain-based trading network Onyx to execute its first tokenized intraday repurchase transaction.

Banks use repurchase agreements — also known as repos — for short-term funding by selling securities and agreeing to repurchase them later. Settlement usually takes two days, but tokenizing these assets speeds this process up. A DBS spokesperson told Cointelegraph that the immediate benefits of tokenized bonds or securities result in an improvement in operational efficiency, enabling true delivery vs. payment and streamlined processes with golden copies of records.

While tokenized bonds have the potential to revolutionize traditional financial systems, a number of challenges may slow adoption. For example, Grinfeld noted that while Israel’s Ministry of Finance has expressed enthusiasm in regards to tokenization, regulations remain a concern. She said:

“To create new ways of trading, clearing and settlement using digital assets, a regulatory framework is needed. But regulations are behind market developments, so this must be accelerated.”

A lack of regulatory clarity may indeed be the reason why there are still very few regions exploring tokenized government bonds.

Varun Paul, director of central bank digital currencies (CBDCs) and financial market infrastructure at Fireblocks, told Cointelegraph that while many market infrastructure providers are exploring tokenization projects behind the scenes, they are waiting on clear regulations before publicizing their efforts and launching products into the market.

Fireblocks is currently working with TASE and Israel’s Ministry of Finance to provide secure e-wallets for the proof of concept, which will enable the participating banks to receive tokenized government bonds.

In addition to regulatory challenges, large financial institutions may find it difficult to grasp the technical implications of incorporating a blockchain network. Joshua Lory, senior director of Blockchain To Go Market at VMWare, told Cointelegraph that market education across all ecosystem participants will accelerate the adoption of the technology.

Yet, Lory remains optimistic, noting that VMware Blockchain for Ethereum’s beta was announced in August of this year and already has over 140 customers requesting trials. While notable, Estes pointed out that blockchain service providers must also take into account other potential challenges such as back-end programming for brokerage firms to make sure they are equipped to report bonds accurately on their statements.

Recent: After FTX: Defi can go mainstream if it overcomes its flaws

All things considered though, Estes believes that the tokenization of multiple assets is the future. “Not only bonds, but stocks, real estate, fine art and other stores of value,” he said. This may very well be the case, as Grinfeld shared that following the proof-of-concept, TASE plans to expand its range of tokenized asset offerings to include things such as CBDCs and stablecoins.

“This POC will lead us toward a complete future digital exchange based on blockchain technology, tokenized assets, e-wallets and smart contracts,” she said. Adoption will likely take time, but Paul mentioned that Fireblocks is aware that financial market participants are interested in taking part in replicating TASE’s model in other jurisdictions:

“We anticipate that we will see more of these pilots launching in 2023.”