DeepTech Central Startup Bird having its wings clipped: From fastest company to achieve $1B valuation to facing bankruptcy Bird having its wings clipped: From fastest company to achieve $1B valuation to facing bankruptcy 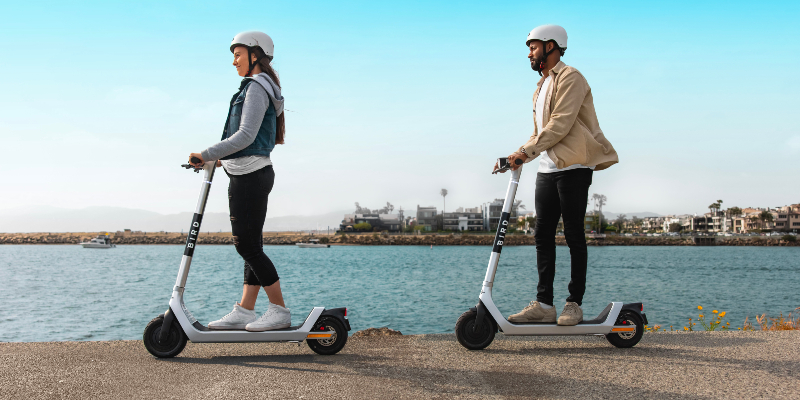 California-based shared micromobility company Bird – Silicon Valley’s fastest unicorn – achieved the $1B valuation status in less than a year. With the pandemic promoting green mobility, the right products for last mile transportation and disruptive CEO, the former unicorn flooded cities with its bikes and was well on its way to achieving the goal.

Fast forward to 2022, the company has had to let go of 23% of its workforce in June due to struggles to keep up with expenses. Last month, the micromobility company said it had reportedly overstated revenue by recognising unpaid customer rides for over two years.

As a result, in a recent filing, the company said it might have to scale back or discontinue certainly or all of its operations to reduce costs, and experts believe that the e-scooter sharing firm might declare bankruptcy soon.

The foundation of Bird

For those who are not aware, Travis VanderZanden is an American businessman and the founder and current CEO of Bird. Before founding the shared mobility startup, VanderZanden worked at Qualcomm and joined the corporate social networking firm Yammer under its founder David Sacks. However, he left Yammer in 2013 to start his own company — Cherry, an on-demand car washing platform.

Eventually, Lyft purchased Cherry in 2014 and made VanderZanden Lyft’s COO. However, after a year, VanderZanden resigned from Lyft and jumped into Uber as VP of International Growth. Consequently, Lyft wasn’t happy about his decision since the company thought he could reveal all its secrets. As a result, Lyft sued him for violating the confidentiality agreement.

However, he left Uber in 2016 and started Bird in 2017. It seems VanderZanden hadn’t planned, but it just happened. In 2016 Christmas, he bought each of his two daughters a bicycle, and simultaneously, he bumped into Xiaomi M365.

He then took the new scooter to San Diego’s boardwalk, and there got a lot of inquiries about it. And that’s where VanderZander had his Eureka moment and founded Bird in 2017.

Bird reached unicorn status in less than a year of inception. In 2018, Bird raised $300 million at a $2 billion valuation.

As the company received funding from all sides, it expanded its operation to over 300 cities worldwide. The company also worked with several cities, universities, and partners to decongest air and streets with zero emissions.

Leveraging its successful run, the US company went public through a SPAC deal last year at $8.40 per share.

Now the main problem was, when so much of cash is pumped into a company in such a short span, ofcourse a lot of return of investment (ROI) is expected, but to generate that ROI either you need to have a natural flow of growth, or the brand needs to have a monopoly to spike the revenue ten folds, which was not in the case of Bird.

Finally in June 2022, the micro-mobility company received a delisting warning from NYSE (New York Stock Exchange) since it was trading below $1 over a consecutive 30-trading-day period. Soon after, VanderZander stepped down as President.

Last month, Santa Monica-based Bird stated that it had overstated its revenue for more than two years after recognising unpaid customer rides as revenue. As a result, Bird says its financial reports from the first quarter of 2020 through the second quarter of 2022 should not be relied on.

According to Bird, “its systems recorded revenue for uncollected balances following the completion of certain Rides that should not have been recorded.”

The announcements came after an audit by Ernst & Young LLP. The company suffered a tumultuous Q2, where it announced a plan to dismantle its retail business, shut down operations in unprofitable markets, and laid off close to 140 workers.

Further, reportedly, the company closed its Q3 with $38.5 million in free cash flow. However, without additional funding, the company reportedly said it would be unable to meet its obligations over the next year.

Consequently, Bird said it is planning to closely monitor its operating forecast, reduce its operating expenses, and pursue additional sources of outside capital.

Is e-scooter popularity dying down?

The popularity of electric scooters has exploded in recent years, with companies like Bird and Lime leading the charge. But new data suggests that the hype may be dying down. And while there are many possible explanations for this, it seems that electric scooter fatigue may be setting in.

Many experts attribute the decline in electric bike sales to a combination of factors, including increased competition from cheaper traditional bikes and a lack of compelling, innovative features from major brands.

What do you guys think? Share your thoughts in the comments below.

The post Bird having its wings clipped: From fastest company to achieve $1B valuation to facing bankruptcy appeared first on Tech Funding News.