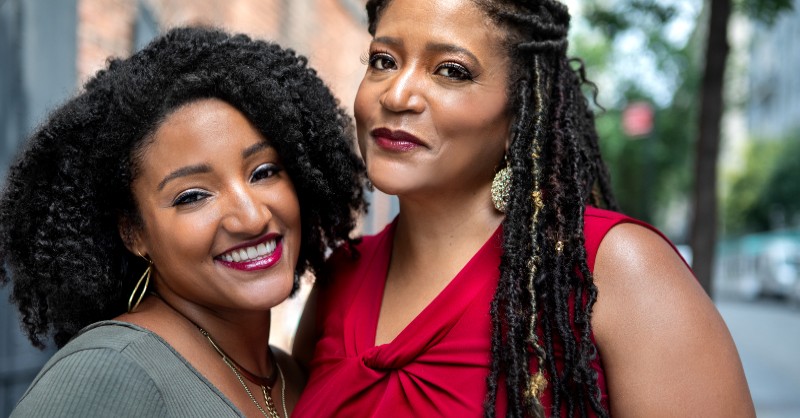 Over 1 million women hit menopause annually and accept hot flashes as a new way of life, and suffer in silence as a strong women tend to do. This is where the mother-daughter duo-founded startup Thermaband comes into the picture. It aims to revolutionise how society deals with menopause, which remains a taboo.

The breakthrough, brain-stimulating product – Thermaband Zone developed by mother-daughter co-founders of Thermaband, Inc., has retained TransMedia Group to expand exposure as they build an AI-based wristband that stops a hot flash in its tracks.

“The duo at the helm of this innovative invention – Debbie Dickinson and her daughter Markea Dickinson-are using modern technology to mobilise, empower and connect women while solving an underserved, taboo, age-old hormonal change,” said TransMedia Group President Adrienne Mazzone. “We will target health, tech, women, business and lifestyle reporters and editors, as well as speaking opportunities for this inspirational, multigenerational team.”

“We are ready to disrupt the menopause market, bringing self-care, sisterhood and thermal-regulating technology to multigenerations of women, and we are excited for TransMedia Group to help deliver our story,” said Debbie Dickinson, Co-Founder, Thermaband Zone.

The Thermaband Zone is available through pre-orders on the company’s website and will be available to ship in Spring 2023. It will be launched in the U.S. and expanded to various markets globally. To date, the company has raised $1.5 million and is looking to raise more funding in the current round.

It is a smart personal thermostat that provides heating and cooling sensations, as well as digital health data, and was co-created with a robust community of women.

Thermaband was founded in 2019 by Debbie Dickinson alongside her daughter Markea Dickinson-Frasier in Miami, Florida. The femtech company aims to reframe midlife and empower women to control their thermal comfort naturally through the Thermaband Zone device.

The product was co-created with scientists, physicians, engineers and a community of women. Owned by African-American women, the team at Thermaband is diverse in terms of gender and race.

Debbie had the idea to create a smart bracelet with cooling/warming sensations after battling hot flashes to no avail and struggling to find relief for her debilitating menopausal symptoms. Debbie is an experienced Harvard attorney, Wharton Lecturer and serial entrepreneur. Markea has operations and manufacturing expertise in consumer goods, and recently graduated with her MBA from Yale School of Management.