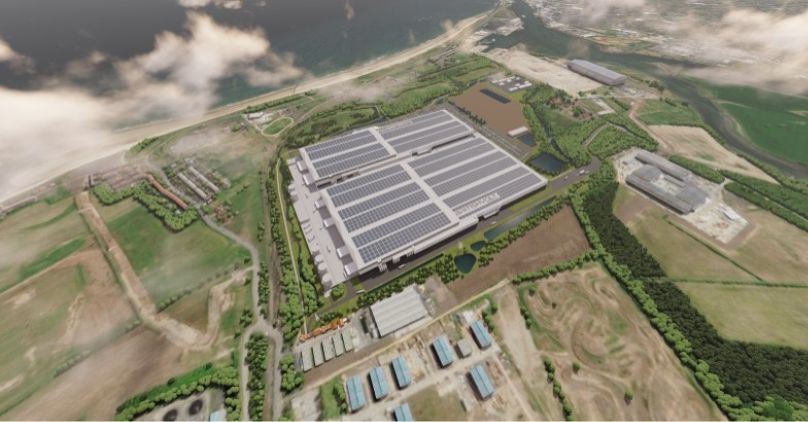 UK-based batterytech pioneer Britishvolt had the potential to be the country’s Tesla but fate had its own way of dealing with things. By 2024, it was predicted to produce tens of thousands of lithium-ion batteries for the British automotive industry and spark an industrial boom in the northeast.

The company secured nearly $2.5B in funding commitments since its 2019 launch, including £100M ($123M) from the UK government and tentative agreements to supply batteries to Aston Martin and Lotus.

But Britishvolt has entered administration, which is the equivalent of Chapter 11 bankruptcy in the US, just nine months after it began construction on its “gigafactory” in Northumberland in August 2022. The majority of its 232 employees are being let go.

A startup that was hailed as the foundation of the UK’s electric vehicle industry has come to a chaotic end. Staff, analysts, and policymakers are all scrambling to figure out how it could have gone so horribly wrong so quickly and what it means for the future of the UK battery industry in the wake of its collapse.

Last year, Britishvolt received confirmation from the UK Government that it will receive £100M in funding from the Advanced Propulsion Centre’s Automotive Transformation Fund (ATF).

With another 5,000 jobs in its supply chain, Britishvolt’s factory in the northeast promised to add 3,000 new jobs to the workforce. The facility, according to then-prime minister Boris Johnson, is “a strong testament to the skilled workers of the North East and the UK’s place at the forefront of the global green industrial revolution.” The government will fund the company in 2022.

The government’s backing was sufficient for automakers like Lotus and Aston Martin to sign agreements with Britishvolt in January and March 2022 for the production of the batteries for their electric vehicles.

After learning that Carlstrom had been found guilty of tax fraud in Sweden, Najdari and Carlstrom resigned in August 2022. Former Ford executive Graham Hoare, who now serves as the president of global operations, took their place.

By that time, things had begun to go wrong. The company had a £3M payroll and announced in October that it needed £200M in emergency funding to get it through until the summer of 2023, when it anticipated receiving its first orders from automakers. The UK government turned down a request for £30M to help Britishvolt with its cash flow issues despite having previously promised the company £100M if certain construction goals were met.

The company would occasionally act as though it had plenty of money. The two founders of Britishvolt, prior to their departure from the company, used to fly to and from the company’s buildings via private jet, and the company leased a £2.8M mansion for executives to stay in while they visited the northern locations. According to The Guardian, employees had access to yoga classes from a Dubai-based fitness instructor on video.

All of Britishvolt’s office staff received 35-inch LG monitors and docks when they started working there; these items typically sell for close to £900.

What will happen to the company and its assets next is unclear. Protecting the interests of the company’s creditors, looking into options for a sale of the business and assets, and providing support to the impacted employees are the administrator’s top priorities, according to Dan Hurd, partner at EY-Parthenon, the firm hired to oversee the company’s insolvency and administration.

The collapse is a setback for the UK’s ambition to take the lead globally in the EV industry, which was already a lofty goal.

According to data from Benchmark Mineral Intelligence, a price reporting and research company, even if Britishvolt had been successful, the UK would only have produced 0.6 percent of the world’s lithium-ion cell capacity by 2031.

Britishvolt, founded in 2018 in the United Kingdom by Orral Nadjari, is dedicated to the development of next-generation battery cell technologies as well as related research and development. It is committed to shaping the future of electrified transportation and sustainable energy storage by manufacturing best-in-class, low-carbon, sustainable, and responsibly manufactured lithium-ion battery solutions.

Britishvolt believed that low-carbon, sustainable, and ethically produced battery cells can help to positively change the world. The transition from fossil fuels to clean, renewable, low-carbon electricity has arrived.